What Foods & Medicines Can Lower Your Colon Cancer Risk?

A team of international researchers led by Dr. Marc Bardou, of Dijon Bourgogne University Hospital in France, reviewed about 80 studies that examined how diet and certain medicines affected colon cancer risk. The studies were published between September 1980 and June 2019.

In terms of medicines, aspirin (a nonsteroidal anti-inflammatory drug, or NSAID) appears to lower the risk by 14% to 29% at doses as low as 75 milligrams (mg)/day and as high as 325 mg/day.

The use of NSAIDs for up to five years was associated with a 26% to 43% reduction in incidence.

High intake of folic acid, a B vitamin, was associated with up to a 15% lower risk, although it wasn\’t possible to determine a minimum dose, according to findings published Sept. 28 in the journal Gut. 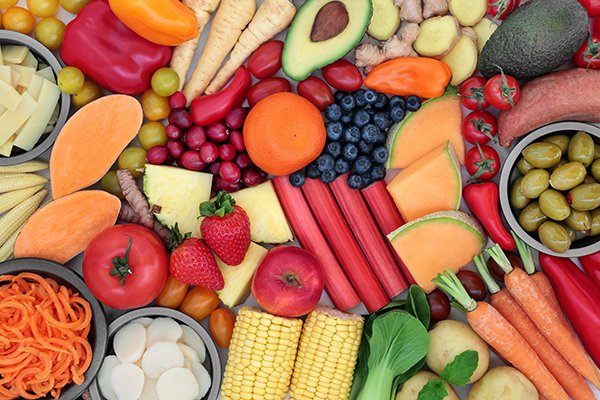 Similarly, eating dairy products appeared to lower risk by 13% to 19%, but the amount needed to protect against colon cancer was unclear.

Fiber intake was associated with a 22% to 43% lower risk, while fruit/vegetable consumption with as much as a 52% lower risk.

There was no evidence that vitamins E, C, multivitamins, beta carotene or selenium were protective against colon cancer, the review found.

Results on the impact of tea, garlic or onions, vitamin D either alone or combined with calcium, coffee and caffeine, fish and omega-3 were weak or uncertain, and there were inconsistent findings on whether vitamin A and the B vitamins offered any protection.

There was conflicting data on high calcium intake and cholesterol-lowering statin drugs.

Meat, particularly red and processed meat, was associated with a 12% to 21% increased risk of colon cancer.

Alcohol also was linked to significantly higher risk. Even one or two drinks a day increased colon cancer odds, and the more people drank, the higher their risk.

In a journal news release, the researchers noted that the level of evidence of nutrients, foods and medicines providing protection against colon cancer is low or very low in most cases.

Even so, they said their findings could help doctors advise patients on the best diet to reduce bowel cancer risk and also guide future research.

Worldwide, more than 2.2 million new cases of colon cancer and 1.1 million deaths are projected annually by 2030. In the United States, colon cancer strikes about 1 in 20 people.