Watch Your Heart Rate, But Don\’t Obsess About It

Keeping track of your heart rate is probably a good thing. Obsessing about it probably isn\’t.

\”I\’ve had people suffer significant injuries when they\’re trying to check their heart rate while exercising,\” she said. \”They take a hand off their treadmill and shoot right off the back and fall off.\”

Even without a monitor, the preoccupation can have consequences. 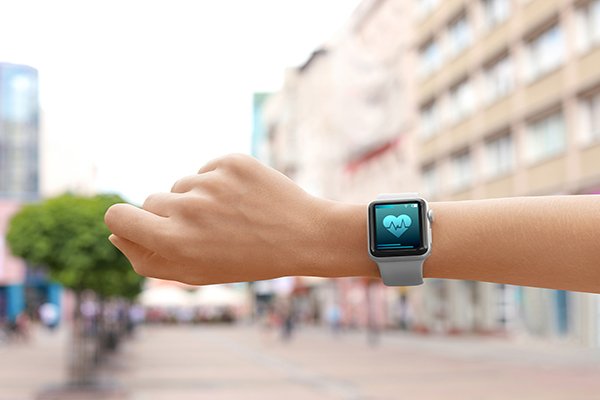 \”They\’ll push too hard on their carotid arteries to check their pulse, which instigates a reflex that drops their blood pressure, and they pass out,\” Stevens said. People shouldn\’t put \”too much emphasis on a number.\”

A 2013 study published in the journal Heart of nearly 3,000 men in Denmark showed the risk of death increased by 16% for every 10 beats per minute increase in resting heart rate. But Stevens said she is far more focused on high blood pressure, obesity, smoking and other risk factors for heart disease.

\”Heart rate is just a piece of the whole picture,\” she said.

Dr. Patrick Ellinor, director of the Cardiac Arrhythmia Service at Massachusetts General Hospital in Boston, called heart rates a measurement \”that can be checked occasionally but should not be obsessed over. It\’s important to know there is a wide range of normal.\”

For most adults, a normal heart at rest generally beats between 60 and 100 times per minute, Stevens said, with many factors affecting individual numbers. Figure in exertion, stress, work, even watching the news, she said, and nobody\’s number always stays the same.

\”Our heart gives us what we need by beating stronger or faster,\” Stevens said. \”An athlete may need just 40 beats per minute, and that\’s fine because it\’s so efficient. On the other hand, I\’ve got a young patient whose heart muscle is so weak, their heart rate is 130. It can\’t beat stronger, so it compensates by beating faster.\”

Still, a number outside the norm can be a warning sign.

\”Too fast or too slow can be a sign of abnormality or disease,\” said Ellinor, who likened it to the story of \”Goldilocks and the Three Bears.\”

\”You want to be just right. If someone is at either extreme, it\’s worth getting checked out.\”

He said a low heart rate can result in fatigue or lack of stamina, and might even require a pacemaker. Too fast could indicate an overactive thyroid or atrial fibrillation, an irregular heart rhythm that can lead to stroke, heart failure and other complications.

Stevens recommends checking heart rate and blood pressure every month \”so you know what\’s normal for you. Then if you find something out of range, that\’s a red flag.\”

Many people focus on their heart rate as an indication of how effectively they\’re exercising. The general formula for calculating a maximum heart rate is 220 minus one\’s age, and many people measure their workout intensity by how close they come to the maximum.

\”To get to peak fitness, you do need to increase your heart rate – but not to the maximum,\” Ellinor said.

Stevens agreed, which is why she\’s not a fan of exercisers fixating on their heart rates and gyms that display everyone\’s number on a big screen as an incentive to push harder.

\”You don\’t need to compare your rate to others,\” she said. \”I want you to sweat, but I want you to be able to say a full sentence without gasping. You still get good training and physiological effect without going like a mad hamster on your hamster wheel.\”