Plant-Based Diets: What Are They, and How Do You Start? 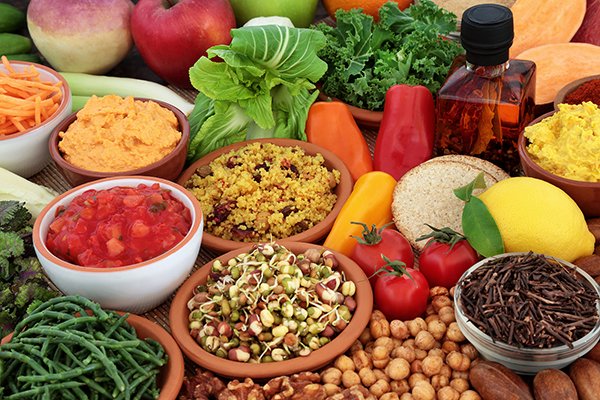 As Americans struggle to eat better, plant-based diets have become the rage, but exactly what are those and how hard are they to follow?

A growing number of people have turned to plant-based eating, as evidenced by the fact that the plant-based foods market increased by 29% in recent years, according to the U.S. National Library of Medicine.

Still, even though the Physicians Committee for Responsible Medicine says there are many health benefits to plant-based eating patterns, making the switch from consuming a diet rich in meat to one that centers on plants can be a challenge.

What is a plant-based diet?

“When we talk about a whole foods, plant-based diet, we mean the majority (at least 80% to 90%) of the food should be unprocessed plant-based foods — things like legumes, fruits, vegetables, seeds, whole grains and nuts,” Dr. Urvi Shah, a hematologist oncologist at Memorial Sloan Kettering Cancer Center, said in a recent blog post.

“Some people may end up eating minimal amounts of processed plant foods or animal-based foods like dairy or meat occasionally, but not on a regular basis,” she added.

Fruits, vegetables, grains, dairy, seeds, fish and meat that contain a variety of micronutrients (vitamins and minerals) and macronutrients (protein, carbohydrates and fat) should be included in a plant-based diet, according to a perspective published in the journal Advances in Nutrition.

The key is to ensure that the largest proportion of your food comes from plants, Harvard Health notes.

Plant-based vs. vegan vs. vegetarian: What’s the difference?

The United States Department of Agriculture (USDA) names different levels of vegetarian eating patterns, including vegan, lacto-ovo vegetarian and pescatarian diets. The key difference between all these eating plans and a plant-based diet is that only the latter includes small amounts of meat.

“I tell patients that vegan means zero animal products and is grounded in ethical or environmental or health reasons for a person who has decided very clearly what they want. A vegetarian diet may have similar reasons, but allows dairy or eggs in varying proportions,” said Shah.

“A whole foods, plant-based diet can be similar to a Mediterranean diet or other diets that include eating meat rarely. Again, the majority (90%) of foods should be whole plant-based foods,” she added.

“A nutritionally rich, plant-centered diet is beneficial for cardiovascular health,” study author Yuni Choi, a postdoctoral researcher at the University of Minnesota School of Public Health, said about the study.

Plant-based diets have also been shown to help control type 2 diabetes and obesity, and were linked to lower mortality risk, according to a study published recently in JAMA Internal Medicine.

How to start a plant-based diet

The plant-based eating plans that are recommended by the AHA in its 2021 Dietary Guidance Scientific Statement include the Mediterranean diet and the Dietary Approaches to Stop Hypertension (DASH) diet.

Here are key foods that are part of these plant-based diets:

Facebook
Twitter
LinkedIn
Pinterest
PrevPreviousActs of Kindness Could Be Natural Antidepressants
NextFive Great Cardio Workouts You Can Do at HomeNext
We use cookies on our website to give you the most relevant experience by remembering your preferences and repeat visits. By clicking “Accept”, you consent to the use of ALL the cookies. However you may visit Cookie Settings to provide a controlled consent.
Cookie settingsACCEPT
Manage consent