Obesity Helps Drive Half of New Diabetes Cases Among Americans

Obesity is the culprit in up to half of new diabetes cases among Americans each year, a new study estimates.

Researchers found that over nearly two decades, obesity contributed to anywhere from 30% to 53% of new type 2 diabetes diagnoses among middle-aged and older Americans. That higher percentage was seen in recent years, as the prevalence of obesity rose nationally.

\”It very clearly looks like trends in obesity and type 2 diabetes run parallel to each other,\” said study author Dr. Sadiya Khan, an assistant professor at Northwestern University Feinberg School of Medicine in Chicago.

It\’s well known that obesity is a major risk factor for type 2 diabetes, which arises when the body loses sensitivity to the hormone insulin, which regulates blood sugar. The reasons for the link are not fully clear, but extra fat tissue may change body cells in a way that makes it harder for them to use insulin, according to the U.S. National Institutes of Health. 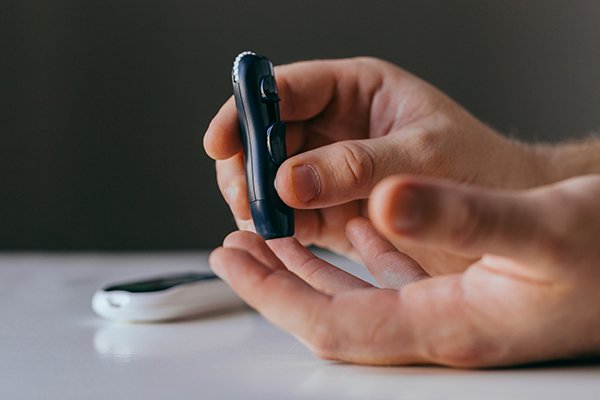 Type 2 diabetes can eventually lead to complications like heart disease, kidney failure and damage to the nerves in the eyes or limbs.

Those consequences are far-reaching, given the prevalence of type 2 diabetes. In the United States alone, more than 31 million people have diabetes — the vast majority of whom have type 2, according to the U.S. Centers for Disease Control and Prevention.

The new findings, Khan said, highlight the impact of obesity on those figures.

At the same time, Khan added, the findings imply that many cases of type 2 diabetes could be averted through measures like healthier eating and regular exercise.

She acknowledged that is easier said than done: Years of rising obesity rates have made it clear that simply telling Americans to change their habits does not work.

\”This is not about wagging a finger at people,\” Khan said.

Low-income Americans, in particular, face big challenges, she noted. They may not have the money or time to make healthy meals, or the time or safe places for exercise.

\”This requires policy-level changes, too,\” Khan said, pointing to examples such as soda taxes and efforts to make fruits and vegetables more accessible in low-income neighborhoods.

The findings, published Feb. 10 in the Journal of the American Heart Association, are based on two large, ongoing studies tracking Americans\’ health and lifestyle habits.

One followed middle-aged and older adults for a decade, finding that almost 12% developed type 2 diabetes during that time. The odds were much higher among obese participants: 20% were diagnosed with diabetes, versus 7% of other adults.

The other data source was the federal government\’s National Health and Nutrition Examination Survey, which periodically collects health information from a nationally representative sample of Americans.

Putting the two studies together, Khan\’s team calculated the number of new diabetes cases that could be attributed to obesity.

The effects were not uniform, however. Obesity had the biggest impact on white women\’s diabetes risk, and a lesser one for Black and Hispanic Americans.

That does not mean obesity was unimportant for them, Khan stressed. But, she said, other factors — from difficulty getting health care to daily stress to structural racism — may also be critical in minorities\’ type 2 diabetes risk.

The good news is the studies have left \”no question\” that lifestyle measures can cut the risk of diabetes, said Katherine O\’Neal, an associate professor at the University of Oklahoma College of Pharmacy.

And for people who are obese, even a modest amount of weight loss brings benefits, said O\’Neal, who is also a spokesperson for the Association of Diabetes Care and Education Specialists.

The key is sustainability. \”The most important factor is that these changes need to be a lifestyle, and not temporary changes,\” O\’Neal said.

Support from not only health care providers, but family and friends, goes a long way, she added.

For low-income people, O\’Neal said community health clinics and churches can be resources for information and motivation.

Exercise, she stressed, does not have to involve a gym: Running in place, using canned food as weights, and parking far from the grocery store entrance — walking to it, then taking a couple of laps around it — are some simple ways to fit activity into the day.

More information
The Association of Diabetes Care and Education Specialists has more on managing diabetes.