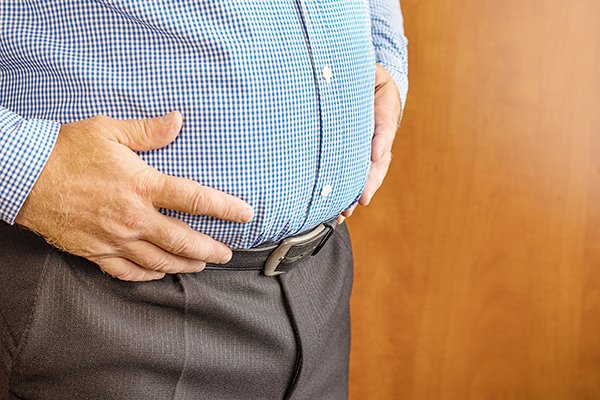 Anyone who has put on a few too many pounds knows they can slow you down. Over time, if those pounds grow into obesity, they may do serious harm, putting you at risk for a wide range of illnesses.

But too much weight on the body also can harm the brain.

Research shows obesity impacts brain health from childhood well into adulthood, affecting everything from executive function skills – the complex ability to initiate, plan and carry out tasks – to substantially raising dementia risk. By middle age, the consequences of excess weight are substantial. Several studies have shown middle-aged adults who have a body mass index (BMI) at or above 30, which qualifies as obesity, are more likely to get dementia than their healthy-weight peers.

Yet, researchers are still teasing out how and why the extra pounds harm the brain, and whether the higher dementia risk is cumulative over a lifetime or if obesity affects the body differently at different stages of life.

It\’s also possible cognitive challenges come first, contributing to poor eating behaviors beginning in childhood, said Alexis Wood, an assistant professor of pediatric nutrition at the Children\’s Nutrition Research Center at Baylor College of Medicine in Houston. The center is operated in partnership with the Agricultural Research Service of the U.S. Department of Agriculture.

\”There is pretty robust and substantial evidence that goes across the whole of childhood, from toddlerhood to adolescence, that shows a higher weight status is associated with lower cognitive functioning, particularly in the area of executive function,\” she said. \”Why that is, is the subject of much debate.\”

With obesity steadily rising in the United States, it also is a subject of much concern.

And the pandemic hasn\’t helped slow those statistics.

The CDC said in September 2021 that the rate at which BMI was increasing roughly doubled during the pandemic compared with the period preceding it. The greatest jumps were seen in children aged 6-11 and in those already overweight before the pandemic.

Some studies trace the beginnings of the relationship between diet, weight and brain health all the way back to the womb. By toddlerhood, there\’s already an association between excess weight and a child\’s ability to control and direct behavior; integrate new information; plan; and solve problems, Wood said. It\’s just not clear which comes first.

For example, a study published in the American Journal of Epidemiology found children with higher verbal and executive function skills in preschool were less likely to become overweight later in childhood. Other research shows young children who are overweight or obese are less able to control impulses than those at a healthy weight.

\”If cognitive function challenges come first, the prevailing thought is that this regulates how children interact with their environment,\” Wood said. \”They might not be so good at regulating food intake to balance their energy needs. They might eat when they\’re not hungry, when they see something very appetizing like a cupcake. Lower cognitive function in this area alters eating behavior and predisposes you to poor eating behaviors.\”

If weight problems come before cognitive changes, however, it could be that the excess fat increases inflammation. Over time, that can lead to \”changes in connectivity and structure and function of the brain,\” she said.

One theory is that it\’s not just the extra weight that\’s causing the problem, but conditions and illnesses associated with obesity that collectively contribute to poor brain health.

\”People who have obesity are more likely to have Type 2 diabetes, hypertension and high cholesterol,\” said Kristine Yaffe, professor and vice chair of psychiatry, neurology and epidemiology at the University of California\’s Weill Institute for Neurosciences in San Francisco. \”It might be the constellation of cardiovascular risk factors that go along with obesity that we know can have a detrimental effect on the aging brain, whether that\’s contributing to the development of Alzheimer\’s disease or vascular dementia or some sort of mix of the two.\”

Another possibility is that the hormones secreted by fat cells, such as leptin, play a role, Yaffe said. Leptin helps regulate hunger. However, people with too many fat cells produce such high levels of leptin that the body becomes insensitive to it, producing a cycle in which the person keeps eating because they never feel full.

Yaffe\’s research published in Journals of Gerontology: Medical Sciences showed that in older women with a healthy body weight, leptin levels were associated with a lower risk for dementia or cognitive decline. However, in women with obesity, that protection disappeared.

It also could be that people who have obesity are less active and more prone to other illnesses that cause higher levels of inflammation, which \”has a big role in precipitating or exacerbating Alzheimer\’s disease and vascular dementia,\” Yaffe said.

While gaining weight, especially in midlife, increases dementia risk, the opposite does not appear to hold true: A large, federally funded, long-term study of a weight loss intervention found no associated cognitive benefit.

\”Frankly, we don\’t know why that is,\” said Mark Espeland, an author on that long-term study published in the Journal of the American Geriatrics Society. It randomly assigned middle-aged and older adults with Type 2 diabetes who were categorized as overweight or obese into two groups, one of which engaged in an intensive weight loss program while the other did not. After 10 years, there was no difference in cognitive performance between the two groups.

It\’s possible no brain health benefit was seen because all of the study participants had Type 2 diabetes, \”which can be disruptive to brain function,\” said Espeland, a professor of gerontology and geriatric medicine at Wake Forest School of Medicine in Winston-Salem, North Carolina. \”Diabetes is a disease that accelerates aging.\”

Whether weight loss can prevent cognitive impairment or not, there are numerous reasons to strive to maintain a healthy weight, Espeland said.

\”It\’s fairly clear that being obese in midlife is bad for the brain and much of the rest of the body, too,\” he said. \”Preventing that from occurring is so very important.\”