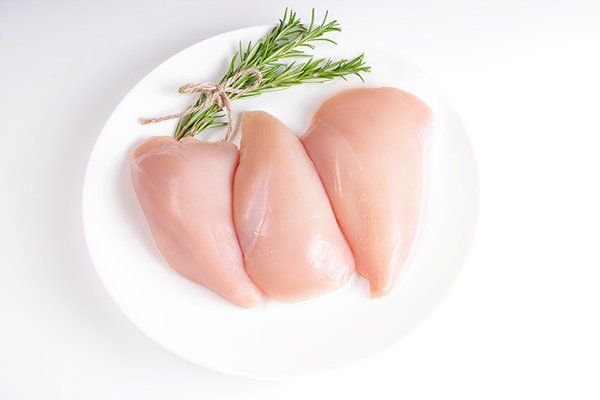 A new report from the Humane League claims that 99% of supermarket chicken has pockets of fat, called white stripes, running through it.

The nonprofit group said its findings show how chickens are being raised with little concern for their welfare. But white striping can also deplete the nutritional value of meat, the group added.

The findings \”should raise alarm bells for consumers everywhere,\” David Coman-Hidy, president of the Humane League, said in a news release.

The Humane League analyzed chicken in 29 major supermarkets across the country. They found white striping disease in all but 1% of the chicken they studied. Moderate-to-severe white striping was seen in 70% of chicken meat, and all the 16 major groceries surveyed had white striping in their store-brand chicken breast packages. White striping occurs as chickens are bred to grow fast. These methods increase the fat in the birds by up to 224% and reduce protein levels, according to the Humane League.

However, the National Chicken Council said the report was unscientific and that white striping is like marbling in red meat. \”White striping is not a disease. It is a quality factor in chicken breast meat caused by deposits of fat in the muscle during the bird\’s growth and development,\” a spokesman told CBS.

Only 3% to 6% of birds in commercial flocks have severe cases of white striping, the spokesperson added. Most meat with severe white striping is used in processed products and not sold as boneless, skinless breasts. \”So, when consumers purchase meat at the store, the meat does not have white striping,\” he said.