Many U.S. Adults Aren\’t Getting Healthy Amounts of Fruits, Vegetables

Nearly all U.S. adults get some vegetables every day, but the old \”apple a day\” adage is falling out of favor, a new government survey suggests.

Researchers found that a full 95% of U.S. adults said they ate some amount of vegetables on any given day. On the other hand, only about two-thirds said the same of fruit — down significantly from 20 years ago.

Experts called the finding on vegetables an encouraging sign and a bit of a surprise.

But the survey looked only at \”any\” consumption of produce, and not whether Americans were eating recommended amounts each day.

The federal government\’s Dietary Guidelines for Americans call for adults to eat about 2 to 3 cups of vegetables per day.

And research has shown that 90% of Americans do not meet that goal, said Connie Diekman, a St. Louis-based registered dietitian and former president of the Academy of Nutrition and Dietetics. 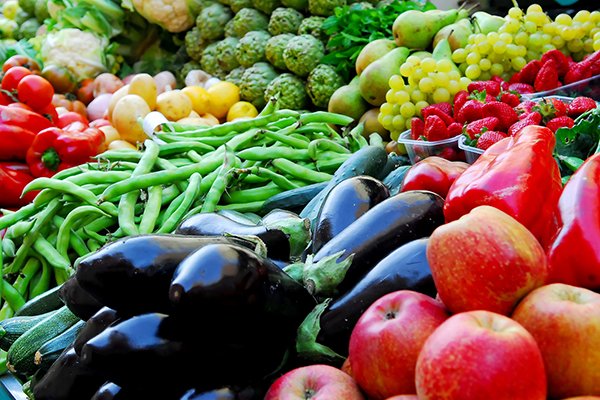 Given that, Diekman said \”it\’s actually a surprise\” that so many Americans say they get some vegetables and fruit each day.

But is that because a lot of people reported their French fry intake? It\’s not clear.

Survey respondents noted their consumption of \”starchy\” vegetables, including potatoes, but not whether they were of the salty, fast-food variety.

Regardless, researcher Nicholas Ansai saw the findings in a positive light.

\”This isn\’t commenting on whether people are getting enough fruits and vegetables, but it\’s good to see that most people are getting some each day,\” said Ansai, of the U.S. National Center for Health Statistics (NCHS) in Hyattsville, Md.

There were, however, disparities by income, with poorer Americans eating fewer fruits, leafy greens, and red and orange vegetables.

Unfortunately, Ansai said, that\’s a continuation of a long-standing trend.

Low- and high-income people were comparable only when it came to starchy vegetables and fruit juice.

Overall, about 31% of Americans said they consumed 100% fruit juice on any given day.

Fruit juice does count toward the recommended daily allotment, which is 1 to 2 cups of fruit per day. But Diekman said juices should have no added sugar and be limited to one cup a day.

Whole fruit is preferable, since it provides fiber and is more satisfying, due to the fiber, water and act of chewing, she explained.

When it came to fruit, about two-thirds of Americans surveyed said they had at least a serving each day, often whole fruit. Roughly 30% had citrus, melon or berries, while 47% said they had some other form of whole fruit.

That, Ansai said, was down from 1999 and 2000, when 77% of Americans surveyed claimed they had consumed fruit each day.

The reason for the downward trend is unclear. But Diekman suspected it might reflect growing wariness of the added sugars lurking in store-bought juices.

Health experts have long encouraged Americans to eat more fruits and vegetables. But it takes much more than advice to change people\’s diets, particularly those of low-income Americans, according to Tamara Dubowitz. She is a senior policy researcher with the RAND Corporation, a nonprofit research organization.

But many factors can hinder low-income Americans from putting healthy meals on the table.

\”Our research has shown that diet is affected by all sectors — from housing security, to access to affordable food, to educational quality,\” Dubowitz said.

So the solution involves \”much more than food policy,\” she added.

Ansai agreed on the importance of broad efforts to make healthy eating accessible to more Americans.

For individuals, Diekman said the ideal is to eat a variety of whole fruits and vegetables — greens, reds, oranges and all other colors — over the course of a week.

There is a place for home-juiced vegetables, Diekman said, since some people find them to be convenient and palatable. But, she added, \”I suggest saving the solid to add to soups or stews, preserving the nutrition.\”