How Many Steps Per Day to Lengthen Your Life? 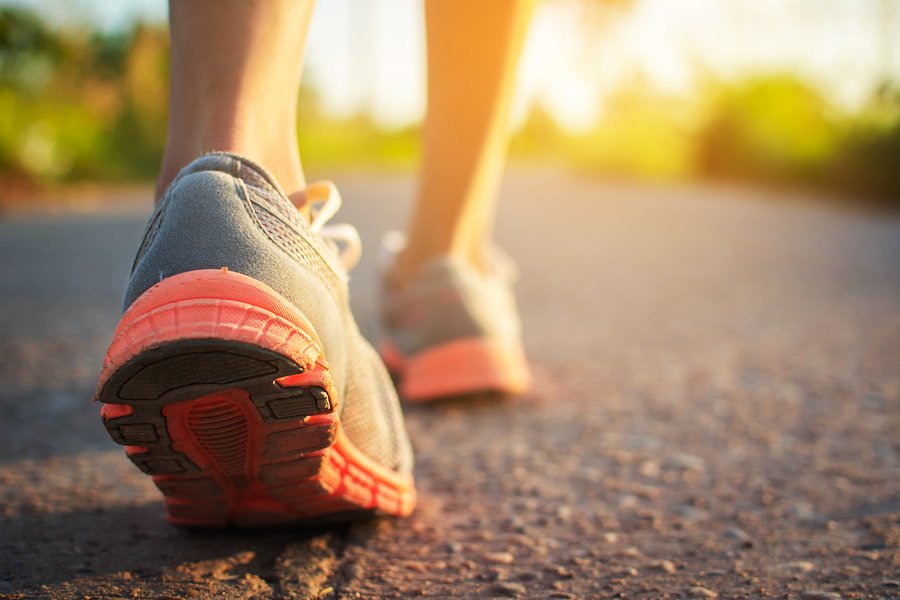 For years, health experts have urged us to get off the couch and get moving. Now a new U.S. government study shows how much we stand to gain.

The study, of more 4,800 Americans age 40 and up, found a clear pattern: The more steps people took each day, the less likely they were to die over the next 10 years.

Those who managed at least 8,000 steps a day — roughly equivalent to walking 4 miles — were one-half to two-thirds less likely to die, compared to less-active people.

The advantage was consistent among both men and women, in all racial groups studied, and across the age span, researchers report in the March 24 Journal of the American Medical Association.

The fact that active people lived longer is no surprise, researchers said.

An exercise researcher who reviewed the findings called the study “remarkable.”

“But everything about this study is so well-done,” he said. “This is the data we’ve been waiting for.”

Much of the research on exercise and long-term health has been based on people’s self-reported activity levels. This study, Church said, collected objective data: For one week, participants wore devices called accelerometers, which recorded their daily number of steps and the intensity of those steps. The researchers then tracked deaths in the group over an average of 10 years.

In the end, the difference in death rates according to “step” group was striking.

“We’ve known for a long time that physical activity is good for you,” said study co-author Charles Matthews, a senior investigator with the U.S. National Cancer Institute in Bethesda, Md.

But at a time when anyone with a smartphone can track their steps, the findings have real-world value.

“This suggests that if you’re currently at 4,000 steps a day, you could get considerable benefits from increasing that, even just to 8,000,” said Matthews.

That’s “just” 8,000 steps, he said, because it is a doable amount of activity to accumulate over a day — by taking the stairs instead of the elevator or otherwise racking up short bouts of movement.

If you are not into fitness trackers, Matthews said, follow the longstanding advice from public health experts: Get at least 30 minutes of moderate activity, like brisk walking, on most days of the week.

An obvious question is whether study participants who walked more were healthier at the start. The researchers did factor in those kinds of differences — as well as people’s education levels, body weight and their diet, smoking and drinking habits.

And the benefit of daily activity remained: Compared with people who averaged 4,000 steps per day, those who managed 8,000 were half as likely to die, and those who achieved 12,000 had a two-thirds lower risk.

Death rates from both heart disease and cancer were reduced, the study found.

While the number of daily steps was critical, their intensity was not, on its own, linked to death risk.

Does that mean there’s no need to ever break a sweat? Church cautioned that it’s hard to tease out the importance of intensity from number of steps. And the study did find that intensity rose as step counts climbed.

“If you’re strolling, you’d be strolling all day to work up to 12,000 steps,” Church noted. So yes, he said, it’s likely that people with high step counts were regularly getting some dedicated exercise.

But the point, Church said, is that you don’t need a gym membership to get health benefits.

As a side note, he pointed to the often-promoted “10,000 steps a day” mantra. Fitness trackers, such as Fitbit, use the figure as a default goal.

“It’s a number that everybody just ran with,” Church said.

The new findings, he noted, suggest that’s a sound benchmark.

The U.S. Centers for Disease Control and Prevention has advice on physical activity.