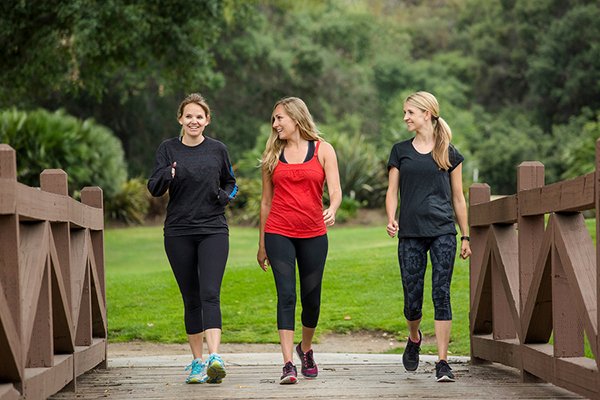 Humans have always relied on friendship. We never would have made it out of the Stone Age without cooperation and companionship. Nowadays, we may not need our immediate circle to help gather food or fend off predators, but friends can still be absolute lifesavers. Many studies over the years have found that people generally live longer, happier, healthier lives if they have a strong network of support from friends and family.

On the other side of the coin, loneliness can be bad for a person\’s health. A study of more than 28,000 men published in 2002 found that the ones without strong social ties were nearly 20 percent more likely to die within 10 years, regardless of their health or occupation. The lonely men in the study were especially prone to accidents, suicide, and death due to heart disease. Likewise, a 2009 study of nearly 300 men and women using a free health clinic in Buffalo, New York, found that the clients with the fewest social ties were the most likely to suffer from heart disease, anxiety, and depression.

But friendships aren\’t always simple, straightforward health tonics. Any time two people are involved in a long-term relationship, things are bound to get complicated. We all know that some friendships can be stressful and even destructive, and some people seem to need friends more than others. As scientists continue to study the ins and outs of friendships, the rest of us are faced with a different challenge: building and keeping the kind of connections that truly make life better.

Friendship and the heart

Good friendships seem to be especially helpful for the heart. A three-year Swedish study of more than 13,600 men and women found that having few or no close friends increased the risk of having a first-time heart attack by about 50 percent. A two-year study of more than 500 women with suspected coronary artery disease showed similar results. Women who reported the lowest levels of social support were twice as likely to die during the study. The women who enjoyed close support were not only more likely to be alive after two years, they also had lower rates of high blood pressure and diabetes and were less likely to have excessive abdominal fat.

How do friendships manage to affect the heart? As reported in the Journal of the National Medical Association in 2009, friendships and other types of social support can help relieve stress, a well-known contributor to heart disease. Among other things, stress can encourage inflammation in arteries, a first step toward atherosclerosis (clogged arteries). The research is still preliminary, but some studies have found that people who enjoy close support from friends and family generally have fewer inflammatory chemicals in their blood. The link between social ties and inflammation seems to be especially marked in older people.

When stress does appear, friends can encourage healthy reactions. People who lack strong social support tend to have dramatic and potentially dangerous reactions to scary or worrisome situations. Their hearts pound and their blood pressure soars. But friends can help keep the heart on a more even keel. A 2007 study published in the Annals of Behavioral Medicine found that young men and women discussing rough patches in their lives had a lower pulse and blood pressure when they had a supportive friend at their side.

Finally, friendships may help encourage a heart-healthy lifestyle. As reported in Current Opinion in Psychiatry in 2008, people are more likely to eat fruits and vegetables, exercise regularly, and successfully quit smoking if they have a network of friends and family.

Think about your friends today and people you\’ve known in the past. Some of them would reliably lift your mood and ease your troubles, but others may have had a knack for making you feel worse. Clearly, not all types of friendship are good for your health. A 2008 study published in Hormones and Behavior found that friends who talk excessively about problems — researchers called it \”co-ruminating,\” evoking cows endlessly chewing their cud — can actually ramp up each other\’s stress levels. And while friendships generally help encourage us to make healthy lifestyle choices, some friendships have the opposite effect. A famous study that followed over 12,000 people for 32 years found that a person\’s risk of becoming overweight increased 57 percent if a close friend became overweight.

The same researchers who traced the effects of friendship on the waistline found that friends strongly influence happiness, for better or worse. Looking at reports from more than 4,700 people over 20 years, the researchers found that both happiness and unhappiness spread from one friend to another. Having a happy friend who lived less than a mile away increased the chances of finding personal happiness by 25 percent. Being surrounded by unhappy friends, on the other hand, could drag a person down. In short, the most helpful — and healthful — friends are happy, encouraging, and supportive within reason. They\’re also willing to ask for help once in a while. As reported in Current Opinion in Psychiatry, giving support to a friend may be as good for a person\’s health and well-being as receiving it. That\’s the great thing about friendship — it works both ways.

Cadzow, R.B. and TJ Servoss. The association between perceived social support and health among patients at a free urban clinic. Journal of the National Medical Association. 2009. 101: 243-250.