For people with heart disease, eating fish twice a week may be a lifesaver.

New worldwide research shows that two 6-ounce servings a week of oily fish, like salmon, might help prevent cardiovascular disease in high-risk people, such as those who have heart disease or who have experienced a stroke.

\”Eating at least two servings of fish each week appears to lower your risk of future cardiovascular events and death if you have preexisting cardiovascular disease,\” said lead researcher Andrew Mente, an associate professor of health research methods, evidence and impact at McMaster University in Hamilton, Canada.

\”If you\’re generally healthy, there\’s no clear protection, although fish is probably a safe choice for them as well,\” he said.

This study, however, can\’t prove that fish boosts heart health, only that there seems to be a connection. 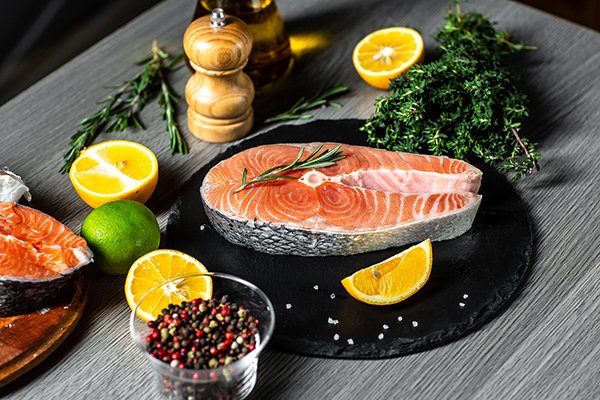 It\’s the omega-3 fatty acids in fatty fish that is associated with a lower risk of heart attacks and strokes, by roughly 17%, Mente said.

For the study, Mente and his colleagues collected data on nearly 192,000 people from five continents who took part in four studies, including about 52,000 who had cardiovascular disease.

It\’s actual fish that seems to confer the benefit, not supplements, Mente noted.

The report was published online March 8 in the journal JAMA Internal Medicine.

Dr. Dariush Mozaffarian is a professor of nutrition at the Friedman School of Nutrition Science and Policy at Tufts University in Boston. He noted that past research efforts have not always been conclusive. \”Not all studies have shown benefits, creating uncertainty and controversy over the role of fish for heart health,\” he said.

Some of the differences in findings could be due to different types of fish studied or how the fish was cooked. Also, some studies looked at different types of heart disease that might not benefit from fish or different amounts of fish or supplements consumed, said Mozaffarian, who authored an editorial that accompanied the study.

\”Modest fish consumption — two servings a week — appears to contribute to a healthy heart,\” he said. \”There are probably bigger benefits from eating non-fried dark meat fish, which have more omega-3 fatty acids. The preponderance of global evidence to date suggests that people who eat more fish generally have better health outcomes. Or put more simply, include some fish in your diet each week — your heart will thank you.\”

One dietitian says that foods other than fish may be a better choice for your and the planet\’s health.

\”With our seas being overfished and several species of fish on the verge of extinction, we and the planet can all benefit from adding more plant foods and fewer animal foods to our daily plates,\” said Samantha Heller, a senior clinical nutritionist at NYU Langone Health in New York City.

Consuming fish a few times a week is considered a healthy alternative to red or processed meat, but she pointed out there are also plant-based foods such as tofu, edamame, legumes like lentils, chickpeas, kidney beans, nuts, whole grains and seitan, a wheat gluten protein, that offer an array of health benefits.

\”A plethora of studies have found that consuming a diet rich in plant foods decreases the risk of many chronic diseases, including cardiovascular disease, type 2 diabetes, certain cancers, obesity and cognitive decline,\” Heller said.