Feel Younger Than Your Age? You Might Live Longer 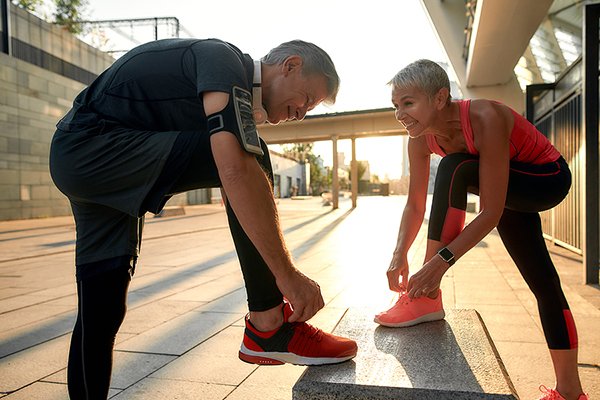 Can feeling young at heart, or at least younger than your actual age, help older people live healthier, longer lives?

Yes, according to researchers in Germany.

\”Individuals who feel younger than they chronologically are seem to benefit from their younger subjective age in various aspects,\” explained study lead author Markus Wettstein.

Surveying more than 5,000 middle-aged adults and seniors, his team found that feeling younger seems to create a protective force field against stress. And the \”connection seems to work via various pathways,\” said Wettstein, who was a researcher with the German Centre of Gerontology in Berlin when the study was conducted.

On the one hand, he noted that stress reduction due to a youthful self-perception may translate into tangible physical benefits, including staving off the threat of systemic inflammation.

Having a youthful sense of self may also shape behavior in positive ways that help to keep physical and mental well-being intact.

\”Individuals who feel younger [may] engage in health-protective behaviors,\” Wettstein said. For example, they may be more physically active than those who don\’t feel quite as young.

In addition, perceiving oneself to be younger might also be a motivating force behind self-improvement, giving folks a greater \”health-enhancing\” confidence in their ability to accomplish things successfully and effectively.

The study participants\’ average age was 64. All were enrolled in a larger ongoing study on aging and physical and mental health.

Over three years, they were asked to indicate how old they felt, how much stress they experienced, and how well they could perform basic everyday activities, such as walking, dressing and/or bathing.

Overall, those who reported greater stress also indicated a greater decline in their ability to execute those routine tasks. And that association was generally found to be stronger as people aged.

But the link between stress and impairment was notably weaker among those who indicated they felt younger than their true age. In fact, feeling younger was found to be particularly protective the longer-toothed one actually got.

All of this suggests that interventions designed to help older adults feel younger than they are might help seniors stay healthier and live longer, Wettstein and his colleagues observed.

One U.S. researcher not involved in the study said that prior efforts to explore the question of \”subjective age\” seem to support the German team\’s findings.

\”I don\’t find this surprising at all, given the considerable prior research that has shown that feeling younger than your actual age is associated with a wide range of indicators of better health,\” said James Maddux. He\’s a professor emeritus from George Mason University\’s Department of Psychology, and a senior scholar with GMU\’s Center for the Advancement of Well-Being, in Fairfax, Va.

\”What this study tells us that\’s new,\” Maddux said, \”is that there seems to be an indirect path from feeling younger and being healthier, in that feeling younger seems to protect people from the unhealthy effects of stress. And that this effect gets stronger as we get older.\”

Maddux suggested that feeling young may ultimately give rise to a so-called \”virtuous cycle,\” causing people to take better care of themselves, and thereby refueling a youthful sense of self.

\”I just lost the 10 pounds I gained during the pandemic,\” Maddux volunteered. \”And I certainly feel younger than I did three months ago now that I can see my abs again!\”

Still, Wettstein and his team cautioned that prior research suggests the potential health benefits of youthful perceptions may evaporate if the gap between how young one feels and how old one actually is grows too large.

The debate, said Wettstein, is \”whether too-optimistic perspectives on one\’s own aging might have disadvantages, as those over-optimistic individuals might not anticipate certain potential age-related losses, and are thus unprepared when they set in.\”

For now, more research is required to determine what degree of \”positivity\” in views on aging — and which subjective age — is most beneficial for health, longevity and well-being, he added.

The findings were published in the May issue of Psychology and Aging.