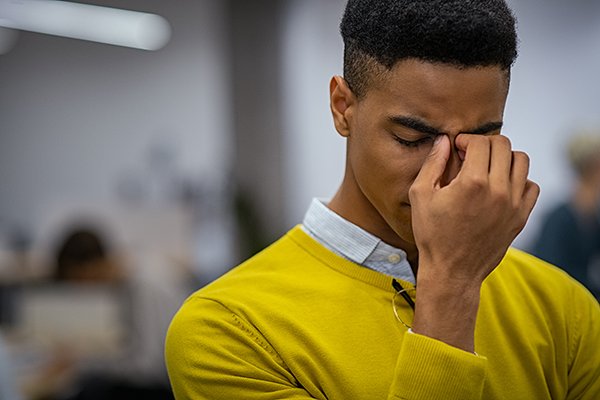 The trial, which tested the effects of mindfulness-based stress reduction (MBSR), found that the approach helped relieve migraine sufferers\’ depression and disability. It also boosted how they rated their quality of life.

MBSR is a standardized, eight-week program developed in the 1970s. It combines meditation and gentle yoga postures, with the goal of shifting people\’s responses to stress, including body pain.

Instead, he said, it helps people first become aware of their habitual reactions to their pain — whether they tend to ruminate or \”catastrophize,\” for example. From there, they can learn to \”reframe\” how they think about the pain and what it means.

Cherkin wrote an editorial published with the new findings in JAMA Internal Medicine on Dec. 14. His own research has found that MBSR can help people deal with chronic lower back pain.

Less has been known about whether people with migraines can benefit.

Worldwide, an estimated one billion people have migraine headaches, according to the Migraine Research Foundation. Along with intense head pain, migraines often cause nausea, visual disturbances, and sensitivity to light and sound.

For people who suffer frequent migraine episodes, medications can help prevent them. But they\’re not always enough.

Some people end up taking potentially addictive opioids, which is not recommended, said Dr. Rebecca Wells, a neurologist who led the new trial.

Still other patients, she added, stop taking their migraine medication because of side effects.

So there\’s a need for additional options, including non-drug ones, said Wells, an associate professor at Wake Forest School of Medicine in Winston-Salem, N.C.

To study MBSR, her team recruited 89 patients who were having anywhere from four to 20 \”migraine days\” a month. The researchers randomly assigned half to the eight-week mindfulness program, and the other half to receive education about migraines. All kept using their standard medications.

Three months later, both study groups had improved similarly on one measure: the number of migraine days. On average, patients reported about two fewer per month.

But the mindfulness group was doing better in other ways, including depression symptoms and how much disability their migraines caused. They also gave improved ratings to their quality of life.

\”Those outcomes are very important to patients\’ lives,\” Wells said.

More research is needed to see what happens in the long run, according to Wells. But, in this study, the improvements in the MBSR group held up over nine months.

It\’s hard to know the specific reasons why, Wells said. But, like Cherkin, she pointed to the general principles of MBSR, including the fact that it helps people \”live in the present moment,\” rather than allowing the mind to spin off.

No one is saying the physical pain is just \”in people\’s heads.\” But the mind is intimately involved in how people experience pain.

If pain treatment does not acknowledge that, he added, it\’s a \”missed opportunity.\”

Beyond specific effects of mindfulness, Cherkin said it\’s \”empowering\” for people to have a way to help themselves, rather than relying solely on treatments given by someone else.

\”I think a lot of the benefit has to do with the fact that it engages people in their own care,\” he said.

But mindfulness practices are not for everyone. Just as people with an aversion to needles are unlikely to line up for acupuncture, people who view mindfulness as \”weird\” probably won\’t engage with it, Cherkin said.

And active participation is clearly key: The MBSR program is eight weeks, but people have to continue the practices afterward. During the course, they\’re encouraged to practice at home every day for 30 minutes.

There can also be practical barriers. The MBSR course is widely available, including online, but there is a cost. And, in general, insurance coverage of mind-body therapies is spotty, Cherkin said.

One question, according to Wells, is whether mindfulness practices in \”other formats\” could have the same benefit as MBSR. Her team wanted to study a standardized approach, in part, to identify a specific program that works.

The Migraine Trust has more on migraine treatments.