Are Figs Good for You? Get the Whole Sweet Story 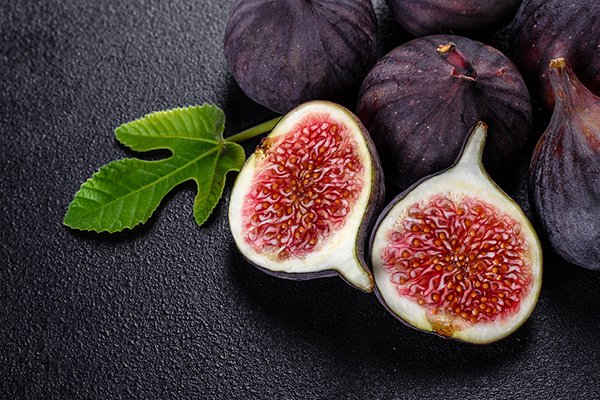 The ancient world had a reverential affection for figs. They\’re celebrated in both the Bible and in Islamic texts. In Egypt, they were offered to the gods, while the Greeks considered figs a gift from them.

Today, scientists would consider the common fig, Ficus carica, to be slightly less than a miracle food. But if you\’re looking for a healthy treat that\’s divinely sweet, you could do worse.

\”It\’s not going to be a go-to for anything,\” said Christopher Gardner, a professor of medicine at Stanford University in California. \”But I think it\’s a great and underappreciated ingredient that could be used in multiple ways.\”

Gardner is a nutrition scientist the Stanford Prevention Research Center, but his fig expertise comes from being a fan. He buys dried figs at his local farmers market and eats about a pound a week.

He also has a fig tree in his yard, but he prefers dried to fresh. It can be hard to catch a fig at peak ripeness, he said. Once picked, they last only five to seven days, although the California Fig Advisory board says they can be refrigerated and kept up to two weeks.

One raw fig has about 37 calories, according to the U.S. Department of Agriculture. With that you get about 2.5% of the recommended daily amount of potassium, plus magnesium (2%), iron (1%) and calcium (1%).

Figs also have vitamin K, which can alter the effectiveness of the blood-thinning medication warfarin.

Dried figs also contain healthy phytochemicals (plant-based nutrients) and antioxidants (chemicals that can help prevent cell damage), although not in a way that makes them stand out, Gardner said. \”I don\’t think you\’re ever going to go to a physician who says, \’Oh my God, you have fig deficiency disease – there\’s almost nothing else that carries this phytochemical!\”

Figs are delectably sweet, and there\’s a reason for that: lots of natural sugar. Six dried figs have about 24 grams. That\’s offset by a reasonable amount of fiber, Gardner said – about 5 grams, or more that 17% of the recommended daily value.

That fiber helps slow the absorption of sugar into the bloodstream. Dried figs have a glycemic index of 61 and a glycemic load of 16, putting them in the middle of the pack in terms of how they affect blood glucose.

Figs might have been the first fruit cultivated by humans. In America, they were grown by the earliest European settlers in Florida in the 1500s and were at the Jamestown settlement in Virginia by 1621. Despite such a long history, modern Americans probably know them only from a popular square cookie. Gardner himself used to devour fig bars as a young man.

Neither bar nor cookie, alas, is a great option for the health-conscious, he said. The standard cookie contains ingredients such as high fructose corn syrup, and even in bars made with whole wheat, you\’re still eating a sugary processed paste wrapped in refined flour. \”At the end of the day, they\’re just cookies,\” Gardner said.

Actual figs have been used in traditional medicine as a laxative, and modern research confirms that effect. Other studies have looked at figs for a variety of potential uses. A fig extract lowered blood pressure in rats. In another study of 10 adults who were given a high-sugar beverage, fig extracts seemed to moderate blood glucose levels.

Such work might be intriguing, Gardner said. But there are better reasons to reach for some figs.

Figs, he said, are part of the heart-healthy Mediterranean diet. He adds them whole to hearty salads or dices them as an ingredient in a signature wheatberry salad that\’s popular with his students. A fresh fig sliced in half with a walnut on top makes a great snack.

Dried or fresh, he sees figs as a great way to get more plants in your diet while crowding out less-healthy options.

He keeps a jar of dried figs handy for when he needs a little sugar hit. So if you\’re tempted at such moments to reach for a candy bar, figs might be your salvation.

Gardner\’s bottom line is you\’re free to enjoy figs for some down-to-earth reasons: They\’re better for you than a lot of other options. And, he said, \”They\’re tasty.\”