Acts of Kindness Could Be Natural Antidepressants 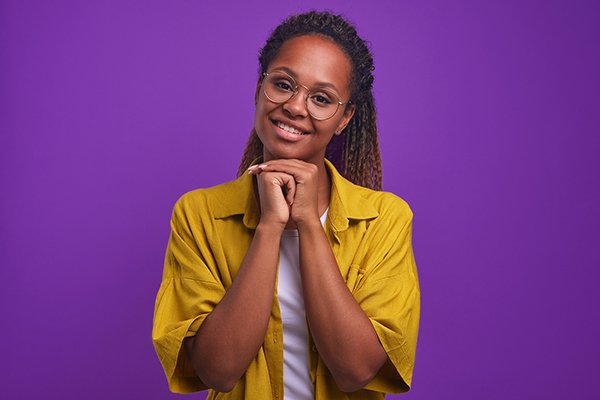 People suffering from depression or anxiety may be able to help themselves by helping others — even in small ways, researchers report.

In a recent study of 122 people with depression or anxiety symptoms, those who started fitting small acts of kindness into their day showed an improvement in their symptoms.

And when it came to boosting feelings of social connectedness, those kind gestures worked even better than two techniques used in standard “talk therapy,” the study found.

Experts said the findings point to the power of simply being kind — possibly because it helps people with mental health symptoms get out of their own heads, even temporarily.

“When you have these symptoms, you can become preoccupied with your own suffering — understandably,” said David Cregg, one of the researchers on the study.

So intentionally focusing on others’ well-being, and choosing to support them in some small way, can free people from that mindset for a while, according to Cregg.

He conducted the study as part of his PhD dissertation at Ohio State University, and is now a clinical psychologist with the South Texas Veterans Health Care System.

Past research has shown that acts of kindness — writing a supportive note to a friend or buying someone a cup of coffee — can not only make the recipient feel good, but also be a boon to the givers’ well-being.

But few studies have focused on people with depression or anxiety, Cregg said.

For the latest study, he and Ohio State colleague Jennifer Cheavens, a professor of psychology, recruited 122 adults who had elevated scores on a standard measure of depression and anxiety. They then randomly assigned each participant to one of three groups.

One group was told to plan social activities for two days out of each week, and a second was instructed to complete “thought records” at the same frequency — with the goal of helping them identify their negative thought patterns and try to redirect them. Both techniques are used in cognitive behavioral therapy (CBT), a standard “talk therapy” for depression and anxiety.

People in the third group were told to perform acts of kindness, three times per day on two days out of each week.

The specifics, Cregg said, were left up to the participants. Based on what they later reported, many reached out to people in their lives in small ways — offering a ride, baking cookies for them or writing a thoughtful note.

After five weeks, the study found, all three groups were showing an improvement in their mental health symptoms, on average. The impact also had some staying power, based on evaluations done at week 10 (five weeks after the interventions ended).

But the kindness group was the only one with substantial gains in “social connectedness” — which gets at a person’s feeling of belonging.

“There really does seem to be something special about acts of kindness,” Cregg said.

The study also turned up hints of what that is: People in the kindness group showed a change in a standard scale measuring “self-absorption” — or a habitual preoccupation with one’s own thoughts and feelings.

The finding makes sense, according to James Maddux, a senior scholar with the Center for the Advancement of Well-Being at George Mason University.

“In the moments they’re interacting with other people, they’ve stepped outside of their own heads,” said Maddux, who was not involved in the research. “That could help them break the cycle of rumination.”

And while social activities also involve being with other people, Maddux said the intention behind acts of kindness is different: When people are socializing, they are typically focused on enjoying themselves. Kindness shifts the focus to someone else’s feelings.

Of course, both he and Cregg said, that can be tough for people who are dealing with depression or anxiety. At the same time, Cregg noted, acts of kindness do not have to be “Herculean efforts,” either.

He did have a caveat, however. In the study, researchers simply told people to perform acts of kindness, and were careful not to suggest the goal was to make the participants feel better.

That could well be “self-defeating,” Cregg said, since the idea is to shift away from one’s own thoughts.

So, both experts said, be kind for the sake of others, and there may be bonus benefits for your own well-being.

The findings were recently published online in The Journal of Positive Psychology.

Facebook
Twitter
LinkedIn
Pinterest
PrevPreviousWhat Exercise ‘Snack’ Is Best for Your Health?
NextPlant-Based Diets: What Are They, and How Do You Start?Next
We use cookies on our website to give you the most relevant experience by remembering your preferences and repeat visits. By clicking “Accept”, you consent to the use of ALL the cookies. However you may visit Cookie Settings to provide a controlled consent.
Cookie settingsACCEPT
Manage consent